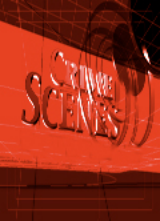 Three world renowned destinations, in three entirely different environments, have something in common: each has been held hostage by a killer. In Yosemite National Park, a handyman snuffs out the lives of four nature lovers. Then, a world away, in Miami’s glitzy South Beach, a serial killer sets his sights on fashion superstar Gianni Versace. And in the 1960s, when a mysterious “Boston Strangler” murders thirteen women, a construction worked named Albert DeSalvo confesses to the crimes. His story holds for 40 years, until the nephew of one of his alleged victims asks if DeSalvo is really the Boston Strangler. Now, Casey Sherman is on a mission to find the true killer of his aunt, Mary Sullivan. Through the eyes of those who can never forget, we explore new revelations about three of America’s most notorious crimes… on Crime Scene Secrets: Famous Places, Infamous Cases.