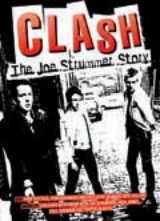 The sudden death in December 2002 of Joe Strummer, frontman of the legendary Seventies punk band The Clash, robbed the world of rock and roll music of one of its unique talents. Viva Joe Strummer is the definitive story of one of the world's greatest rock frontmen, and includes performance footage together with revealing and exclusive interviews with fellow Clash members Mick Jones and Topper Headon, Tymon Dogg of The Mescaleros, and ex-Sex Pistol Glen Matlock, along with close friends, fans and those who worked with The Clash on the road. Packed with electrifying hits like London Calling, White Riot and English Civil War the programme follows Joe's career from his early beginnings as a member of London squat band the 101ers, through the triumphant years of The Clash, and latterly with his own Nineties band The Mescaleros.Viva Joe Strummer is an authoritative and overdue tribute to one of British rock music's greatest performers and songwriters who earned his own unique place in the pantheon of popular music history.