Bad President tells the True Story of how Donald Trump (Jeff Rector) got elected as the President of the United States of America in 2015 by making a deal with the Devil himself (Eddie Griffin). We follow President Trump on his electoral campaign highlighting his proudest moments; bragging about his sexual prowess, his "love" for Muslims and Mexican "rapists" and "encountering" the real Stormy Daniels. It is the stranger than fiction tale of a man determined to Make America Great Again by upsetting everybody, making them cry with tears and laughter in the process. 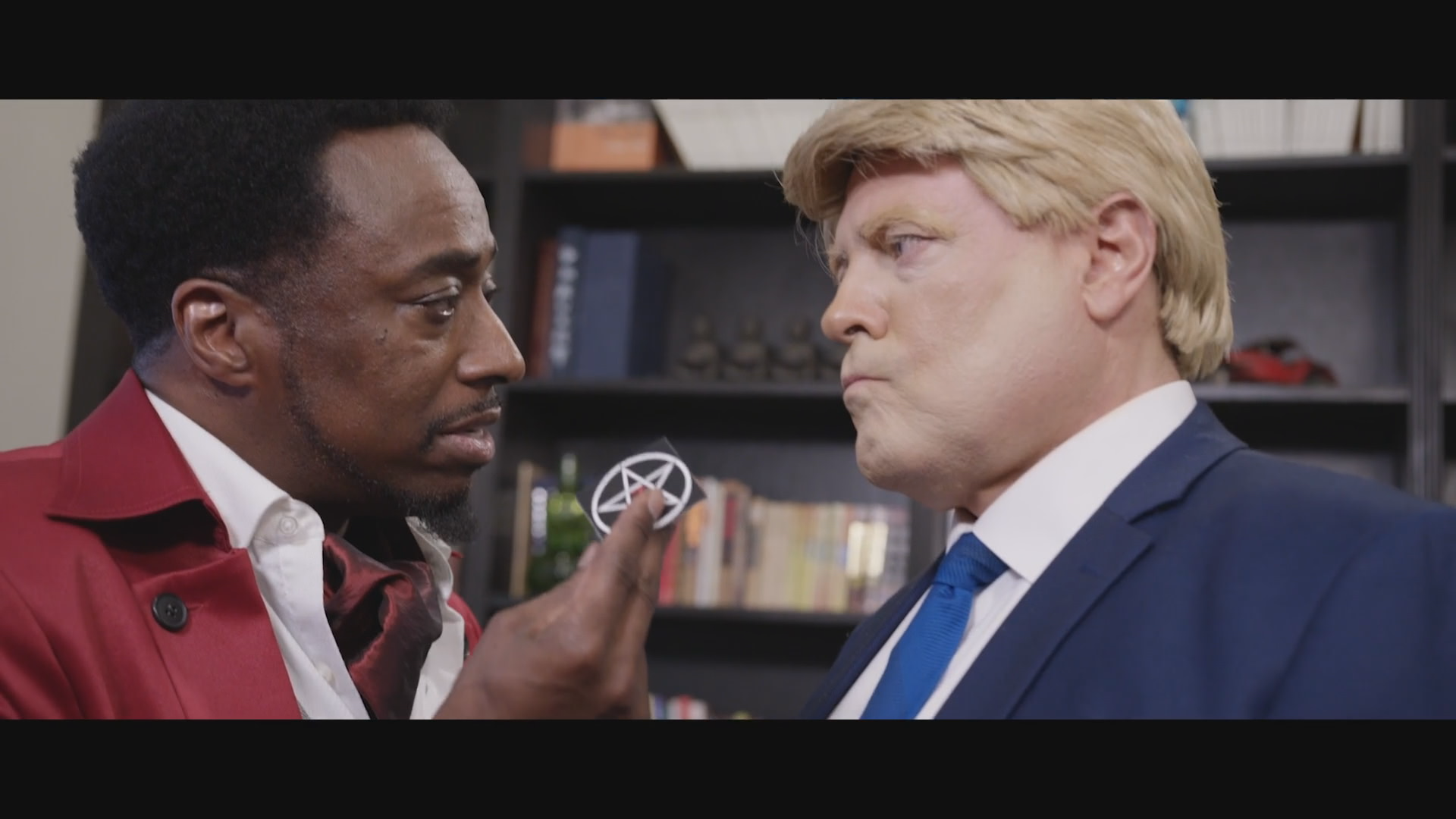